You, Me And The Things Unsaid 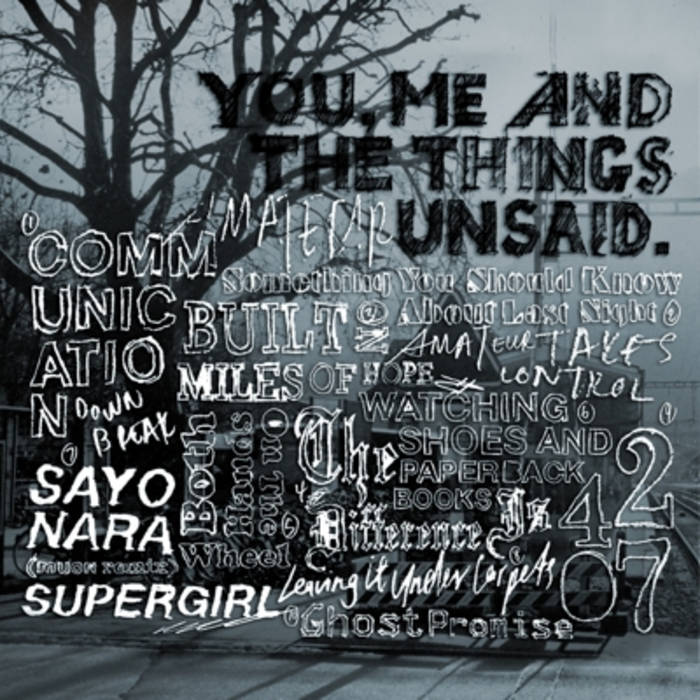 Friend of the Night

In April 2008, Amateur Takes Control (ATC) self-released their CD single “Built on Miles Of Hope” with the intention and promise of raising funds for their next album. The realisation of this promise is now seen in the form of their debut full-length, “You, Me and The Things Unsaid”.

The tracks featured on the album are undeniably diverse in style and influence. Though not written about any one subject in particular, the songs are mainly inspired by simple things such as love, life and waking up realizing you have another day to be thankful for. Recorded with producer Nick Chan (Astreal, I Am David Sparkle, MUON) at The Void@Wallwork, the band believed in having a straightforward “get in, record, get out” approach. According to Nick, recording ATC was “spontaneous, ga-rage... directed and purposeful in technique yet never letting that assume more importance than capturing the moment”.

It is this spontaneity and purpose that drives tracks like Communication Downbreak, Built On Miles Of Hope, and Ghost Promise, whilst their punk-rock ethos and math-rock influences can be found on tracks The Difference Is..., Leaving It Under Carpets, Both Hands On The Wheel, and 4027. The lonely solo guitar track on the album, Sayonara Supergirl, was given an electronic spin by MUON, with his addition of minimal glitch and beats with piano. This not only adds depth to the original version (found on the Built On Miles of Hope single), but also emphasizes the track’s sense of loss and solitude.

With reference to the album title, it is these intimate, unspoken words between two persons, that lay out the basis for ATC’s music, transcending the boundaries of words, reaching out to the listener with varying shades of sounds to evoke emotion and provoke thought.

There has never been much mystery to Amateur Takes Control (ATC), the five-piece instrumental rock outfit founded by guitarist Adel Rashid in 2006. The band's name is a transparent mission statement: an affirmation of independent DIY ethics and a call for the everyman to take the reins of their lives. ... more

Bandcamp Daily  your guide to the world of Bandcamp